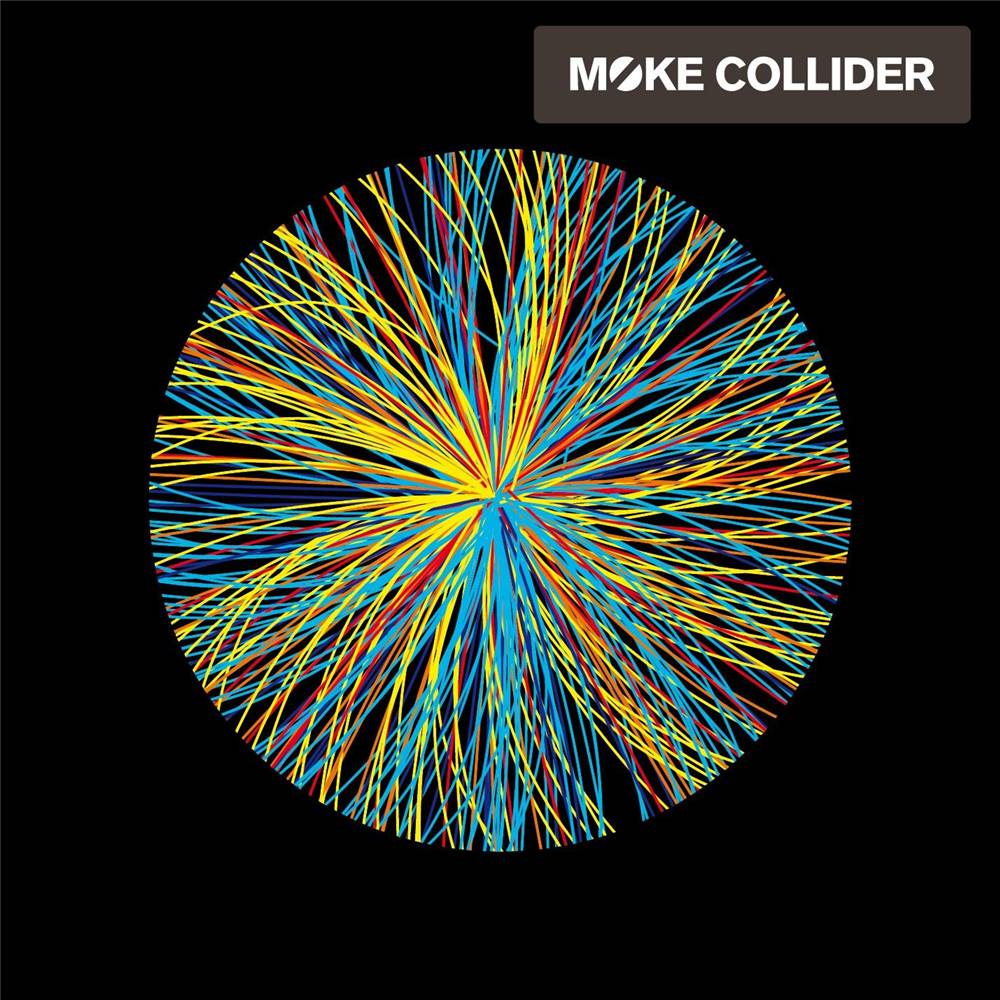 A band is more than the sum of its parts. That also counts for Moke. Put these five musicians together and you get the unique Moke sound. The third album from this Amsterdam based rock band is titled: "Collider" which means 'particle accelerator'. Let all parts have a good clash and this comes out. 11 brand new songs, which contain more color than before.

Moke singer Felix Maginn is enthusiastic about Collider. The cooperation between on the one hand, the band themselves and on the other side producer Gordon Groothedde has put the particle accelerator in motion. "This is the result of all members of Moke contributing their part on songs. Moke and Gordon "collide" and then you get this album with this unique sound. This only occurs in this team" says Maginn contentedly. The album artwork shows a multicolored image of very small particles which collide with each other. This striking illustration, designed by Moke's design team the Stone Twins, is inspired by scientific research into the "God particle" in a particle accelerator in Geneva below ground level and 27 km long. Maginn makes the comparison: Moke (in his own particle accelerator) went looking for the foundation of a good song and found out that Moke has many more colors in its sound than we thought."

In 2007 Moke was there out of nothing, suddenly. The debut album: "Shorland" with singles including: "Last Chance" and "Here Comes The Summer" received the gold status with sales of more than 40.000 copies. Two years later the also very successful album: "The Long And Dangerous Sea" was released. The band played twice at Pinkpop and Lowlands, the last time with the Metropole Orchestra, which was also released as a live album. In 2011 Moke went into theaters to play their program Till Death Do Us Part. Moke has toured in Europe with Paul Weller, Keane and Amy MacDonald. On this 3rd studio album: â€œColliderâ€ the colors are brighter and the contrast between light and dark is increased. On this new album the listener will hear 11 very good pop songs! Texts and melodies put a particle accelerator in action in the mind of the listener. Only this band, in this formulation, delivers this unique album. Collider reveals the â€œGod particleâ€ , the foundation of the songs, which Moke was looking for.