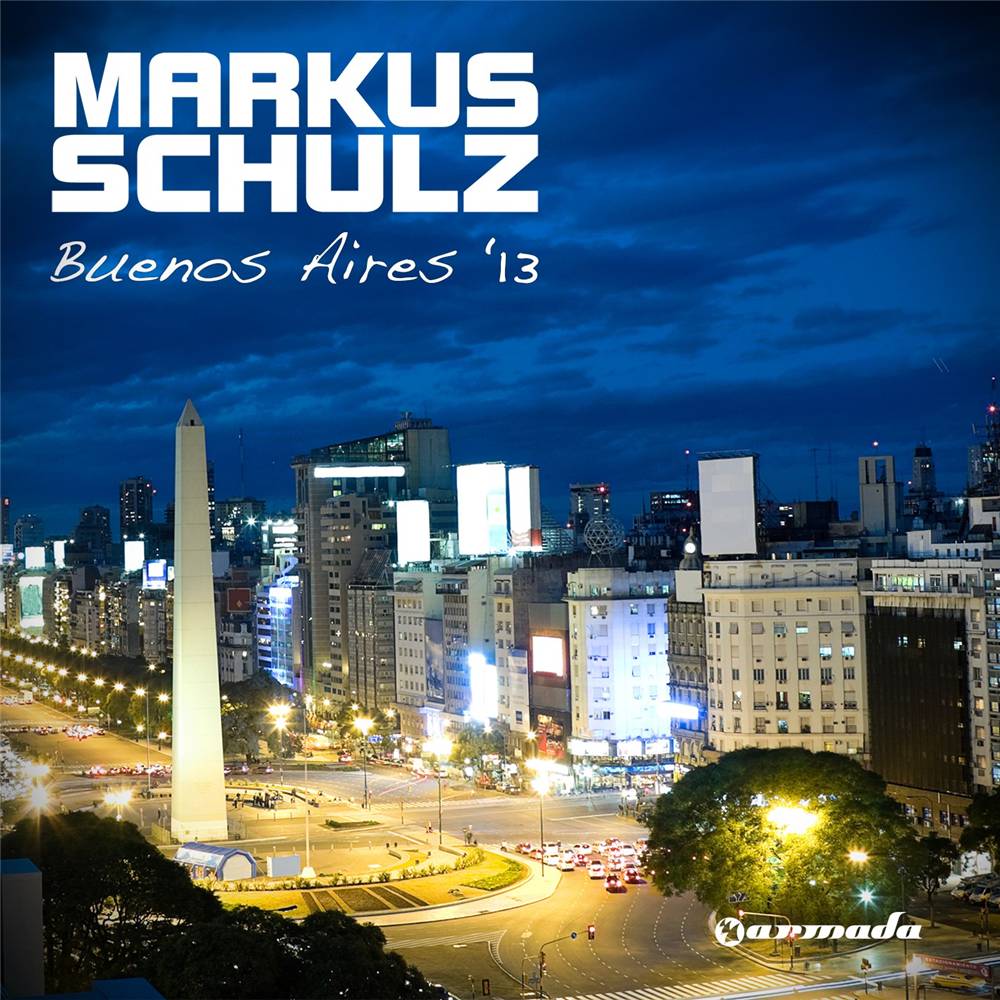 With the expansion of global electronic music culture at a rate like never before, it is difficult to find many countries that can boast a feverish admiration for the genre than Argentina. And over the past number of years, few have felt the affection and resonance of the fans as passionately as 2012 America's Best DJ Markus Schulz.

Following on from acclaimed titles such as Prague '11 and Los Angeles '12, Schulz takes his famed city compilation series to South America for the first time, and can cite several instances where his connection with Buenos Aires has stood out above others. He was specifically chosen to entertain the masses during the countryâ€™s Bicentennial celebrations, and cites the relationship between himself and the local patrons as pivotal inspirations when in studio production mode.

2013 has already been littered with personal Buenos Aires gig highlights for the Miami based DJ. Despite torrential weather, the Argentinean faithful remained in force to support Markus when the city hosted its own edition of the Ultra Music Festival in February. And the final seeds of his chosen city were sewn in June, in the immediate aftermath of two sellout performances at Mandarine nightclub, where he demonstrated his immense DJing art craft by playing for a total of almost 15 hours.

As is customary with the Markus Schulz city compilation experience, he pools the essential resources from fellow members of his Coldharbour family, including South American talents KhoMha and Danilo Ercole. Significant contributors to the Buenos Aires story also include Rex Mundi, Digital X, Grube & Hovsepian, Fisherman & Hawkins vs Nifra, M.I.K.E., Basil O'Glue and Protoculture among many others.

Markus himself factors prominently across both discs, boasting brand new singles and remixes, including a fresh take on the iconic Solarcoaster by Solarstone, a new collaboration with the incredibly talented Rex Mundi, and another foray into his deeper and darker Dakota alter-ego with the track Barracas. His tradition of anointing a new alias continues through Buenos Aires, with Marscela responsible for the first and last moments of the journey.

One of the standout highlights of the compilation is "Remember This" - which will intrinsically link the Buenos Aires compilation with Schulzâ€™s next artist album Scream 2. The choice of the Argentinean capital was primarily due to memories of the long nights and mornings shared with the patrons, and with Buenos Aires â€™13, the worldwide SchulzArmy members will have many reasons to attach memories of their own towards this musical experience for years to come.