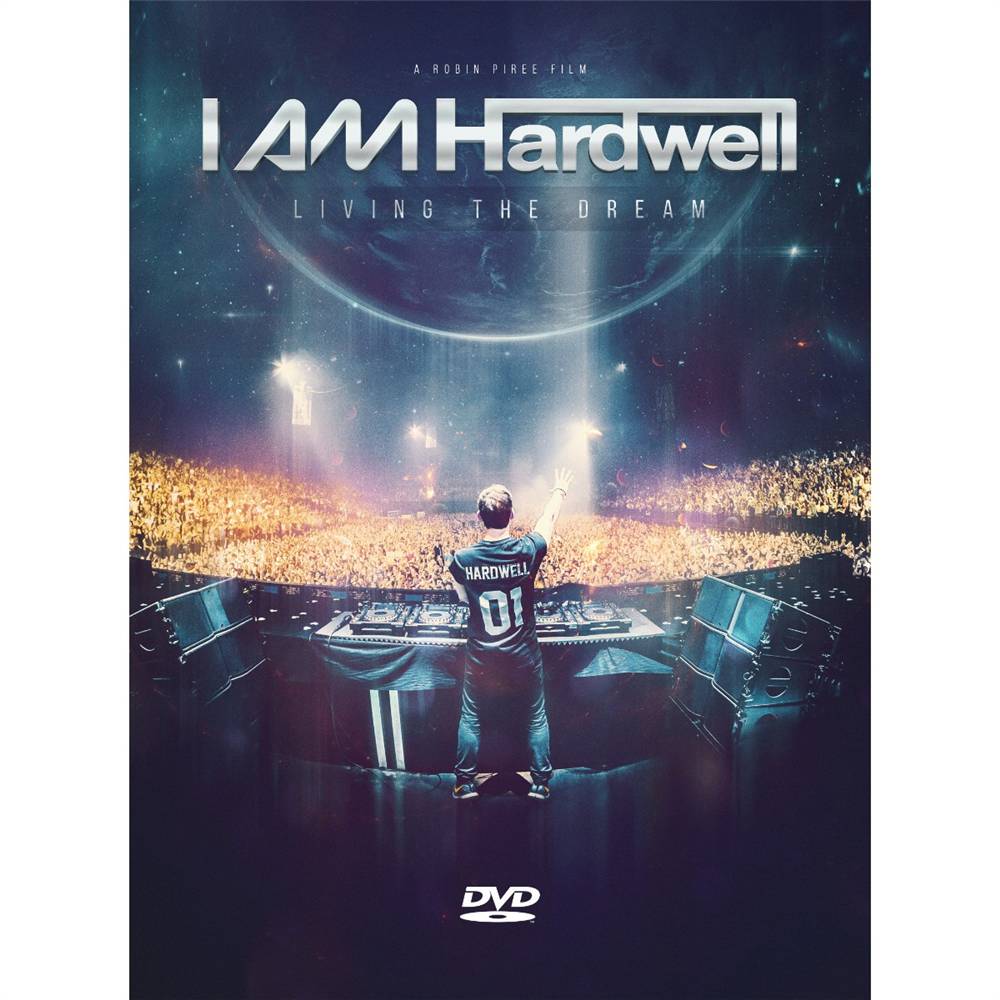 After the success of the documentary Hardwell - "If You Can Dream It, You Can Do It", Cloud 9 Music will release on February 19th the DVD "I Am Hardwell - Living The Dream"

The official red carpet premiere took place on October 13th at the famous cinema Pathe Tuschinski theatre in Amsterdam and was shown in more than 20 cinemaâ€™s in the weeks after.

Even more than the previous documentary 'I AM Hardwell - Living the dream' will let you experience the music. Starting with the 27-year-old Robbert van de Corput, working on new musical ideas in his studio, followed by the mass hysteria in Delhi and unprecedented footage of the 'I AM Hardwellâ€™ concert shows where ten thousands of people worldwide shared in the music, passion and energy of what a Hardwell show is all about. It's a gateway into the life of a musical pioneer on the road to accessing the peak of his artistic powers.

Thousands of people are waiting in the dark. Behind his DJ booth Robbert van de Corput is checking his tracklist one more time. As he stands the stage lights up. He spreads his arms, lasers make their way through the stadium and the first track thrills the delirious audience. He is DJ Hardwell: chosen as #1 DJ in the world in 2013. He kicks off his first concert of the I AM Hardwell tour in Amsterdam, but fame travels faster than he can. Bookings are added, venues become bigger and shows are sold out sooner. The pressure is rising and Hardwell wants to prove he is worthy of his #1 position. This results in an extraordinary journey, either on- as offstage, as he is visiting 34 metropoles. The highlight is the sold out concert at Madison Square Garden in New York. Experience Hardwell even more closer, personal and spectacular than ever before!