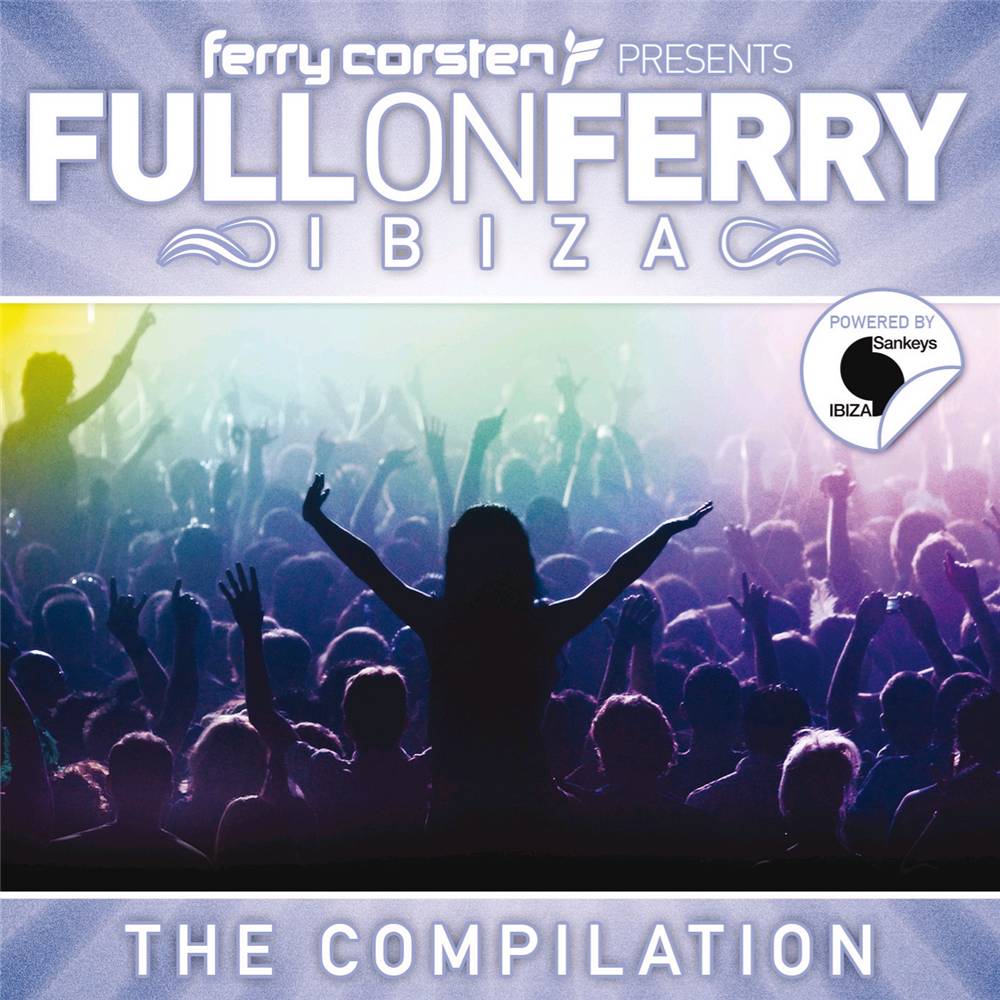 From the 12th of July until the 13th of September, DJ/producer Ferry Corsten will hold a weekly residency in the brand new club Sankeys on Ibiza. Every Tuesday he will host the innovative and spectacular event Full on Ferry; Ibiza. The event is very similar to the previous Full on Ferry events that Ferry hosted for three years in a row in a sold out Ahoy in Rotterdam, The Netherlands. These exhilirating and major successful editions have given the event the global reputation of being one of the most groundbreaking and definite must-see events in the dance-scene. Full on Ferry is an event where the various musical facets of Ferry Corsten can be expressed. It is also a festive reunion of his fellow DJs and producers. At Full on Ferry; Ibiza Ferry will invite various artists that he admires and respects and/or have influenced his music. With a weekly varying line-up, the artists will play back-2-back sets with Ferry in the mainroom and in another area of the intimate club setting of Sankeys, the audience can treat themselves to various extended dj sets. Aside from the communicated line-up, fans will also be treated to surprise acts! So you never really know what youre going to get. Every week Ferry will be accompanied by some of todays best, most in demand international DJs and acts as his special guests, no other than handpicked by himself, to rock the dance floors at Sankeys together. World renowned DJs such as German duo Cosmic Gate, USA based musical geniuses Gabriel & Dresden, Egyptians finest Aly & Fila, Dutch hero Marco V, UK trance legends Lange and Solarstone, our own Swedish House Man Zoo Brazil and fresh talent such as Sied van Riel, Bart Claessen, W&W, Mat Zo, Virtual Vault and RafaÃ«l Frost are just the first few names we can reveal now. Full line up and weekly listings will be announced in the next few weeks â€“ be prepared for the unexpected.Ferry Corsten: Im really excited to be part of the Iaunch of Sankeys Ibiza this year and even more excited to launch the Full on Ferry concept in Ibiza. Its a great celebration with 2 new great names that are coming together to the island. Sankeys Ibiza is a brand new state of the art club with four rooms and features the revolutionary VOID Accoustics Soundsystem which has been voted best Soundsystem of the year. LED walls, LED cage, LED ceiling with the VOID Soundsystem in there. Sankeys Ibiza is located in Playa den Bossa. David Vincent (Sankeys Ibiza): We have a widespread program all summer long. Ranging from techno to house to trance. I am very delighted to have an artist of this caliber being part of the program all summer long. Ferrys reputation for being a pioneer of dance is worldwide known and therefore I am very proud to have him on our line up at Sankeys Ibiza. Ferry Corsten celebrates his 20th anniversary as a producer this year, possesses an impressive amount of golden records and has consistently been voted as one of the top 10 DJs in the world. At the moment he is working on his artist album, that will be released later this year, on Ferrys recordlabel Flashover Recordings. The first single of the album is called Feel It! and has recently been released. It has already taken dancefloors by storm and is being played on radiostations worldwide